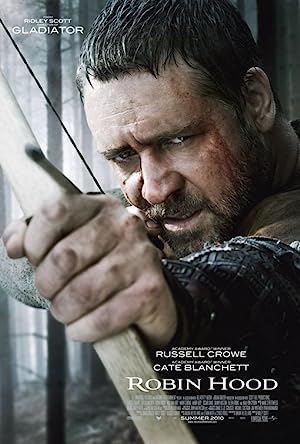 In 12th century England, Robin and his band of marauders confront corruption in a local village and lead an uprising against the crown that will forever alter the balance of world power.
Birth of a legend. Following King Richard’s death in France, archer Robin Longstride, along with Will Scarlett, Alan-a-Dale and Little John, returns to England. They encounter the dying Robert of Locksley, whose party was ambushed by treacherous Godfrey, who hopes to facilitate a French invasion of England.